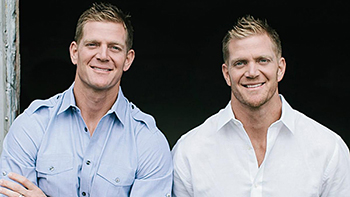 These two nationally-acclaimed real estate entrepreneurs were professional baseball players who rose as owners of a multi-million dollar business empire which ultimately attracted the attention of HGTV in 2014. Then the media firestorm hit them head on when they decided to put their faith ahead of their dreams.

The Benham brothers chose that WHATEVER THE COST they were going to follow Christ.