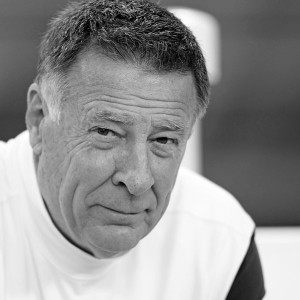 John Tolson has taught and spoken nationally and internationally.  For more than 45 years, John has spiritually mentored hundreds of thousands of adults and students. In fact, about one million people have been helped through The Gathering, a discipleship ministry he founded.

John’s deepest desire is to see people become the leaders God created them to be; successful in family, life & business. John has served as a faith developer for some of the nation’s leading executives, celebrities, and athletes. He started one of the first team chaplain programs in the NBA, and he has served professional sports teams including the Houston Rockets, Houston Astros, Houston Oilers, Orlando Magic and most recently, the Dallas Cowboys. As an avid basketball player and fan, he holds a personal best record of 127 straight free throws.

John has inspired audiences through his speaking and over the years, he has been called upon by major corporations including Walt Disney World and IMG to keynote conferences and seminars. He is the author of Take A Knee, a motivational book based on the locker room messages he gave to the Dallas Cowboys, and co-author of The Four Priorities, which challenges men and women to mature in their faith. Married to Punky Leonard Tolson in 2001, John is the father of two grown children with his late wife Ruth Anne and has three adorable grandchildren. John received his Master of Divinity from Columbia Seminary and Doctorate of Ministry from Fuller Theological Seminary. Additionally, he had a special study opportunity at L’Abri Fellowship with Francis Schaeffer in Switzerland.